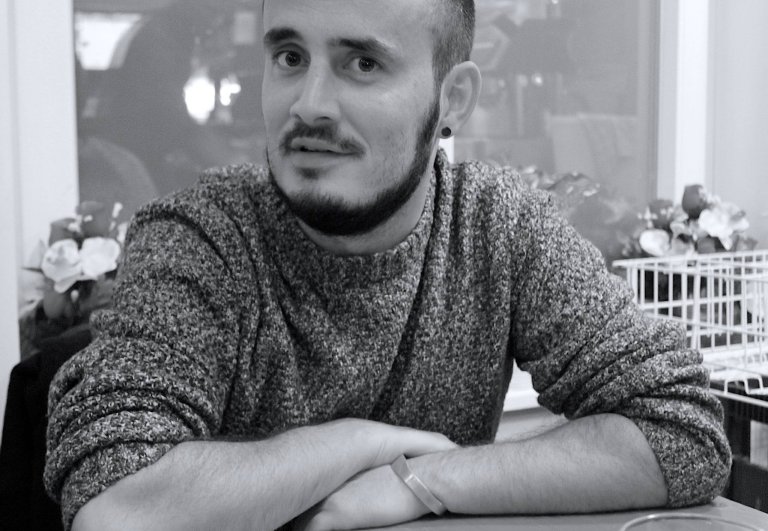 20:40. It was rather chill, working at the Council. You know how fonctionnaires can be! (He laughs) – relaxed, they know what they’re supposed to do, they organise drinks after work. I still had to deal with hard cases, don’t get me wrong. It’s a fast-paced working environment and people get pretty stressed. Once this translator had a stroke and it was quite severe, with a lot of internal bleeding. This happens a lot in Belgium, even in Europe as a whole – where the high cause of stress is often linked to hypertension. I had a nice time working there and I met lovely people with whom I still keep in touch. I simply couldn’t stay there for the rest of my life.
The paradox is that working for MSF still means working for a big organisation, with problems of egos and such. I love the people I work with, except now I have less time to chat and socialise with them. Dealing with peoples’ lives on a daily basis is challenging. Currently, I am posted in Congo, working on the Ebola outbreak. 50% of people still die from Ebola there. Hey – (after reading shock on my face), this percentage is lower than before. It used to be 70% who died from Ebola. Do people also get strokes there? Not really. They don’t live long enough.(*Maarten started working as an interim nurse at the Council of the European Union after a mission with the Rohingya people, with the aid group Medecins Sans Frontieres. MSF announced in 2016 that it would no longer accept EU funding, in protest at the way Europe has responded to the refugee crisis. So Maarten asked me if it would be alright to post this story, given the stance of his aid group and I replied in all honesty and subjectivity that the EU is for all of its humans, even those who criticize it. Since this space presents people with a link and a belief in the European project, yet it also simply presents people with a story to tell.

20:57. Do I believe in the EU? Ja! Of course. I am no expert in EU politics, so I couldn’t expand too much. But if I have to put a hundred fifty euros per year only to have this organised thing – to have our countries reunited and building something together – then I don’t mind. It’s worth it even. I find it beautiful.