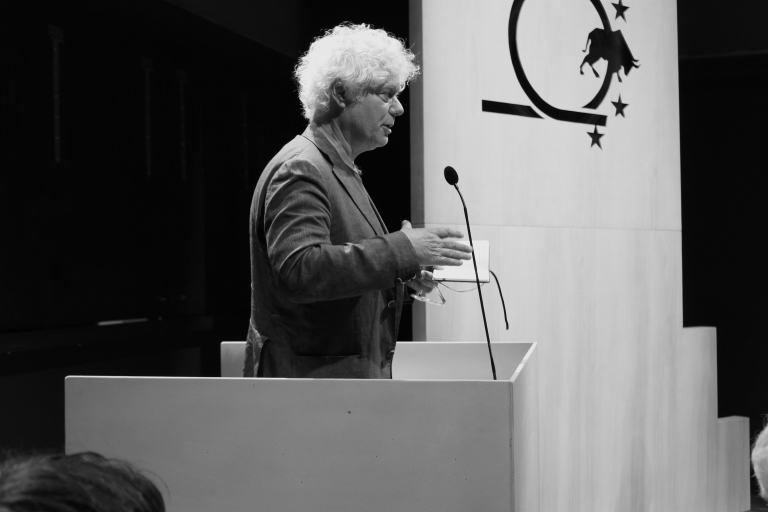 Paul is a Dutch writer and journalist. He is also a professor at the University of Tilburg where he specialises in European Studies.

– First and foremost, I would never judge others without also judging myself in the process.
So I asked myself : How can we preserve a moral middle ground here in Europe while dealing with the refugee crisis? How do we define the scope of our obligations ?

It is simply not true that we are becoming a more inward looking and closed society.
Looking at the Netherlands where I come from, the last 10 years have seen a record high of immigration in our society – with more than one million people arriving. This alone shows how important the place of immigration takes in our society.
Of course, I am not confusing statistics and ethics.
But the statistics and facts are that : movements of people are happening and will even increase in the next decades – which tells me that migration and asylum policies are something we need a long term solution for.
But there are things that Europe is not responsible for, nor for which it has a solution.
The poorest parts of the world will be the parts with the largest growing populations –
In SubSaharan Africa, the population over the next 40 years will double and will be bound to move as a result.
How can we Europeans respond to that ?
Of course, the industrialization in Europe as well as in other parts of the world such as China, bears a huge responsibility in climate change, that will of course disrupt movements of population.
But how is Europe responsible for demographic patterns in the poorest parts of the world ?
How is Europe responsible for political instability and corruption in other countries ? For ethnic divisions that cause violent conflicts and resulting in people fleeing such conflicts ?

What, then, is the point of calling Europe guilty ? Are we really going to blame 28 countries with different interests, different approaches for not being able to act as a Union ?
Hey, it would be almost prolonging colonialism as saying that Europe is responsible for the wrongs in its ex-colonies.
There are many causes to ths crisis, that I cited above, that Europe is not responsible for.
So I would say, be careful of attributing guilt so easily.