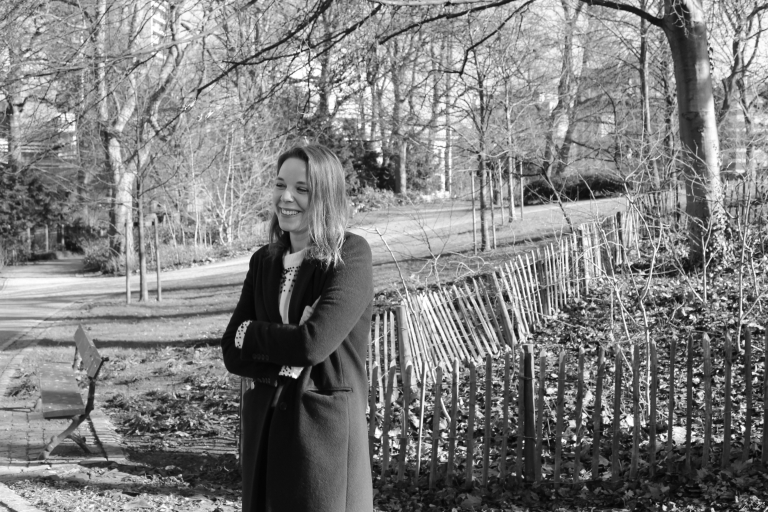 11:15 . What I love about Brussels is how people here work on finding things that bring them together, how they network with each other. But don’t get me wrong, I don’t like the ‘bullshit’ side of networking! (She laughs)

Katharina is a press officer at the European Parliament and helps manage the period. feminist network in Brussels.

– With all due respect to those who do appreciate networking that is work driven, I personally am not a fan of it; it’s just not my cup of tea. For me networking should be about building bridges and creating communities where people feel safe and can truly share human experiences.
At period. for example, we support each other through this sense of community building and solidarity. The first bootcamp I did with them was such an enlightening experience : I remember it was a ‘street harassment’ workshop, so we basically had a circle of women that did not know each other who started sharing similar experiences. It is magical to see what happens when people listen to each other and care for one another. This for me is a great example of networking – because in this case a safe space was created for us women to be ourselves and to understand that there is a set of women – a network, through which we understand each other – through which we share the same struggles!
Before joining this network I thought that certain issues were created by my own self and that they were ‘in my head’ – well, it turns out they weren’t. Other women feel the same as I do! They experience the same struggle as I do! Period. offers this feeling of ‘collective struggle’
We have many things in common if we take the time to get to know each other. We simply have to try to burst each other’s ‘bubbles’ – once we make that effort we are able to become decent human beings and be kind souls to each other. This for me is what networking is about.